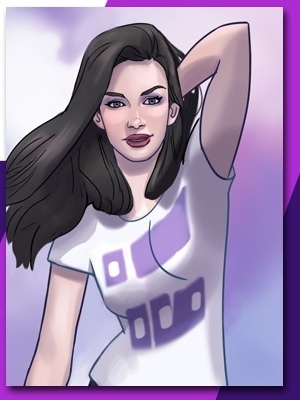 Shy, boy crazy cutie pie, Falla’s parents are more political minded and wished their daughter were more civic minded.  Instead, all Falla can think about is life outside of the reservation.  Stardom she finds out is more to it than fame. Falla is shy but will talk non-stop once she warms up to you. She is a keyboard player and have decent vocals. 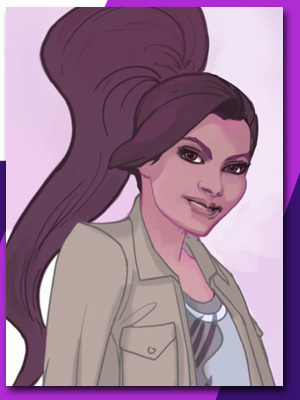 Jia is a student at the prestigious Julliard School of the Arts in NYC, much to the chagrin of her mother and grandmother, it wasn’t to major in dance but in music. Jia never felt as though she belonged. In her neighborhood, the girls didn’t like her. They claimed she was stuck up, but actually she is shy.  She was picked on and teased mercilessly because she didn’t speak Ebonics. It was not easy to make friends in school. Any interaction with classmates made her feel awkward and unwanted. In the competition, Jia easily became friends with Orion and Falla.  She is the sensible one in her group.  She has her feet planted firmly on the ground and is often the voice of reason when her teammates cook up new schemes for more press. Jia plays the drums and marimba.  She doesn’t sing. 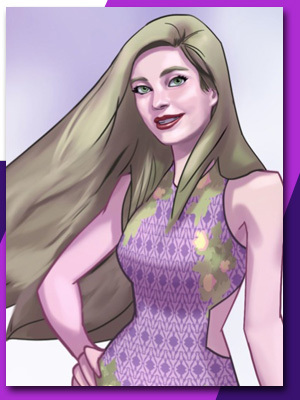 Orion is an instant irritant to Desi because of her cheery disposition and supposed superficiality. Orion is a fun loving party girl who loves to gossip about boys and is super stoked to be on a reality show. Orion is a guitarist and sings soprano. She makes friends easily and flashes her deep dimpled smile often – it’s a trick she learned growing up in a pageant family. Her mother and sister both held regional and national titles with her mother having won Miss America in 1987. It’s not easy being in a family of pageant girls. Orion felt vindicated when she won the spot on the show, finally breaking away from the pack using her talents and not just her looks. Orion is a former cheerleader and her perkiness is almost infectious. She befriends Falla only to find herself a little jealous of her effortless beauty and graceful demeanor. I guess you can take the girl from the pageant but you can’t take the pageant out of this competitor heart.

Orion is the only CJG not confused or cautious about her powers or the possibility of becoming a princess.